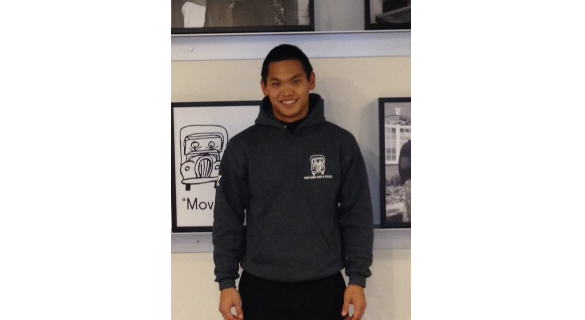 “Koji started us with 8 months ago as a mover. His hard work lead to his promotion to driver. Koji is a compassionate person and always sympathetic with customers on their very stressful moving day. We can always rely on Koji to help out during last minute moves. He’s a team player and participates in our community events like Team Mikey at the Walk of Life. We’re very happy to have Koji as part of the TWO MEN AND A TRUCK GTA North team.”

Here’s what our customers are saying:

“Koji and David were a first rate crew. Very impressed with the extra care taken to protect furniture before moving it. Pleasant to deal with. Outstanding experience right from the initial inquiry to completion of the move.”
– Peter from Scarborough

“We have nothing but good things to say about Two Men & A Truck. Everything was handled to a more than excellent degree – from the initial call to the follow-up email. We couldn’t have had any better movers than Koji G, James R. and Sean B. Fast, efficient, careful, professional and very pleasant. We’d recommend Two Men to anyone and look forward to using you again in our next move.”
– Janice from Milton

“The service I received from Two Men And A Truck was exceptional. […] On the day of the move, Koji & Akos took the time to ensure all my furniture was wrapped and protected. They had a no nonsense approach to getting things loaded, yet had a smile and a handshake while passing the occasional joke. They provided a professional experience that felt like friends and family were assisting me, without the extended beer & pizza breaks.”
– Sean from North York

Koji, thank you so much for all your hard work! Congratulations and High Five!

Each week we give a High Five to an exceptional employee who is out there turning an experience that can be pretty stressful, into something pretty special. Each and every day our customers tell us amazing stories about the members of our Two Men And A Truck family. From our customer service representatives and move estimators to our movers and drivers, we pride ourselves on having the best people in the business.