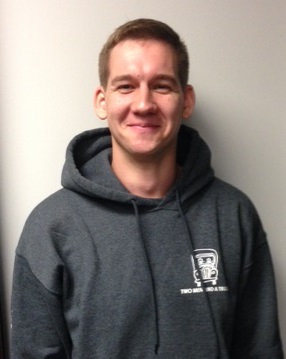 This week’s High Five Friday goes to Ruslan from TWO MEN AND A TRUCK® GTA North!

We asked Ruslan’s boss Andy Howe, General Manager of TWO MEN AND A TRUCK® GTA North, to tell us a little bit about him. Here’s what he had to say:

“Ruslan has only been with the company for 6 months, but in that time he has always stepped up to the big challenges as they present themselves. He has quickly established himself as one of the strongest guys on our team. We have a video of one of his work outs. He was doing a 1200LB leg press. To go with Ruslan’s great strength he also has a friendly character that allows him to warm up to his customers quickly. We are very happy to have Ruslan as part of our team.”

Here’s what customers are saying:

“Michael, Koji and Ruslan were absolutely unbelievable. They were professional, courteous, careful and conscientious. They were also ridiculously strong. This is the first time we used movers – mainly because we heard so many horror stories… But everything was so awesome that if we move, we will use Two Men And A Truck again… We were truly stunned (in a good way) with the service we received – it made the most difficult part of our move so easy. Thanks, Michael, Koji and Ruslan!”
-Roland

“Kelvin and Ruslan were amazing. Kelvin was friendly and accommodating. Ruslan was quiet and diligent. Neither complained about the number of steps they had to encounter when moving my boxes. Both are new to the company and they did an excellent job!”
– Karen

Way to go Ruslan! We’re lucky to have you on our team. Congratulations and High Five!