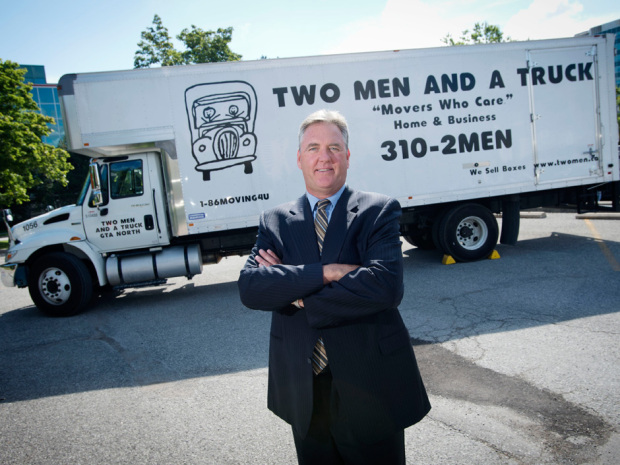 John Prittie is pretty much finished with his Ontario expansion plans: “We only have one more franchise to put in Ontario and that’s Windsor,” said the president and master franchisor for Two Men and a Truck Canada.

The opportunity to take on a master franchisor role with a company anxious to move into Canada was too tempting to turn down, he said. “The whole idea appealed to me when I saw a chance to buy into a system with a very successful business model, as well as proven systems, policies and procedures.”

When he signed the deal in 2005, Two Men and a Truck had just north of US$200-million in sales and 175 franchises up and running in the United States. Before committing, however, he took a good hard look at the moving industry in Canada.