Who do news reporters turn to when they want to speak to an expert on all things moving?  TWO MEN AND A TRUCK® of course! 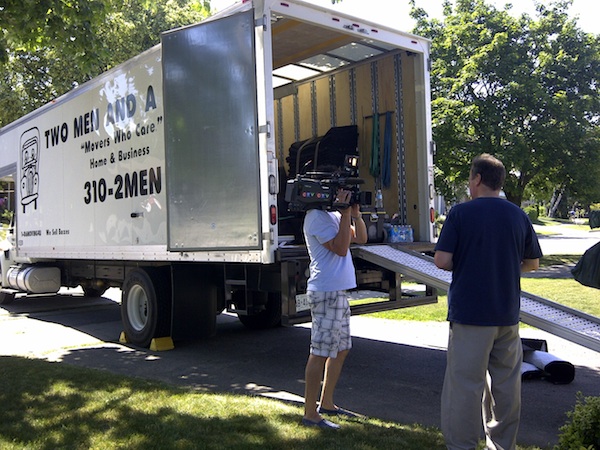 As if today wasn’t exciting enough being “Moving Day” (the busiest moving day of the year), news reporters from CTV and 680 News made it even more fun. 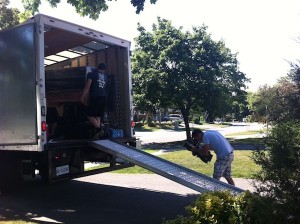 A reporter from CTV News in Toronto, filmed one of the moves by our GTA North franchise today, and interviewed Chief Operating Officer, Dan Hopkins. 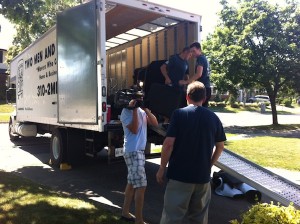 We want to thank home owners Steve and Lisa, for being such gracious hosts, and the GTA North crew, especially Nick and Logan, for doing a great job on the move!

Momin Qureshi, from 680 News, added to today’s excitement.  He also interviewed Dan  about it being the busiest moving day of the year.  The interview has been running on 680 News radio throughout the day, and they posted an article on their website too.  Thanks 680!

Tune into CTV News tonight at 6:00 P.M. in the GTA, to catch the story.
UPDATE:
You can watch a clip of the CTV News story here. (It starts after a 30 second comercial).