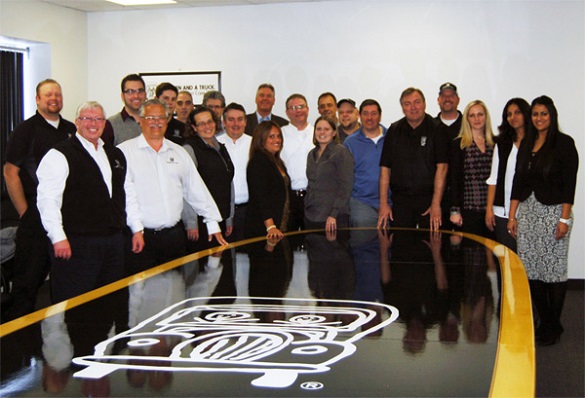 On December 18th we presented this year’s Awards of Achievement. Congratulations to Dan Brohm from TWO MEN AND A TRUCK Barrie for winning Franchisee of the Year for the second year in a row.

Franchisee of the Year 2013 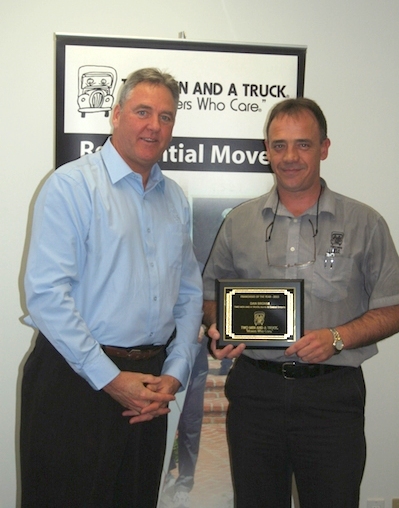 This award is presented to the franchisee for overall success and contribution to the TMT brand and is chosen by the Home Office Management Team. Congratulations to Dan Brohm and his Team from the Barrie location on being our Franchisee of the Year for 2013.

We also presented the following awards: 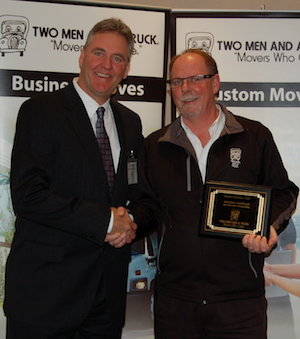 This award is presented to the Franchisee with the highest annual revenue. Rather than follow the calendar year, this award is calculated based on the Heron year end which is June 30th. 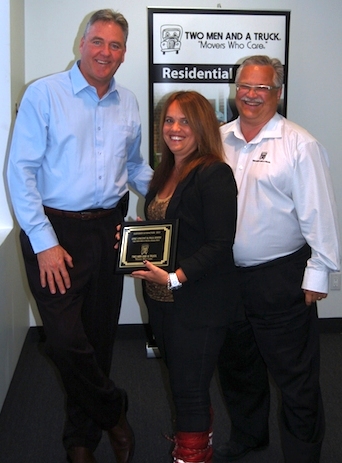 This award is presented to the Franchise that enjoyed the highest customer satisfaction score based on YTD results as at November 30/2013. Our goal for TMT Canada is an annual score of 4.7 or 94%.

The system average at the end of November was 4.52 or 90.4%. This Franchise finished up November with a YTD score of 4.71 or 94.2% just eclipsing our goal. Congratulations to Lyne Vincent & Paul Bimm from our Ottawa West location. 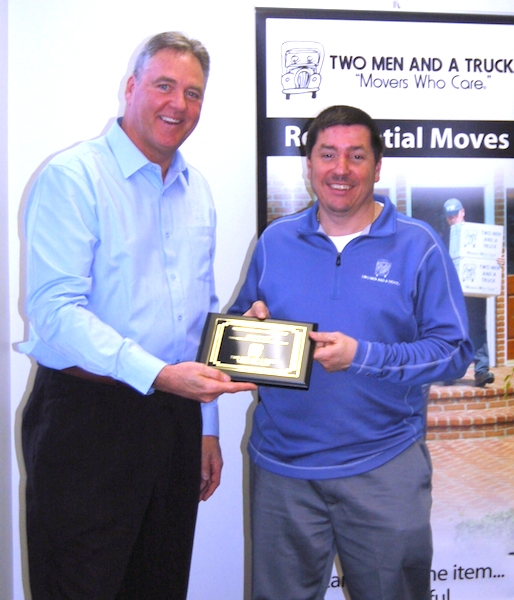 The YTD system average at the end of November was 92.23%.This Franchisee and his Team not only exceeded the average but beat our target with a score of 96.10%. Congratulations to John Bailey and his Team from the Toronto Downtown location on winning this award.