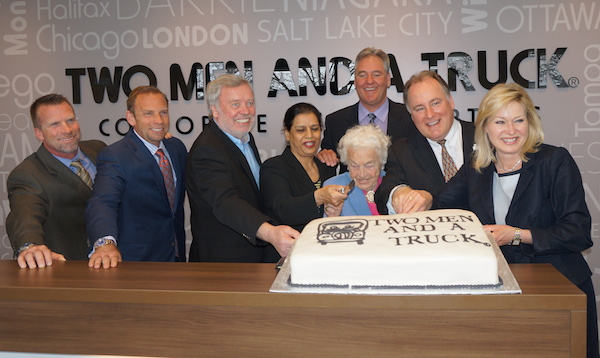 Today was the grand opening of our newest corporate franchise location, in the city of Mississauga.

We were delighted to have Brig and Jon Sorber, the two original “stick men” from the TWO MEN AND A TRUCK® logo come out to celebrate the occasion with us. It all started as an after school job for these two men when they were only high school students. It was an honour to have them with us to celebrate this grand opening.

Jon Sober, Executive VP of TWO MEN AND A TRUCK® International shared some memories of our history, saying, “Never did we think we would go from our own green 1966 pick up truck, to more than 300 locations and 7000 employees.” 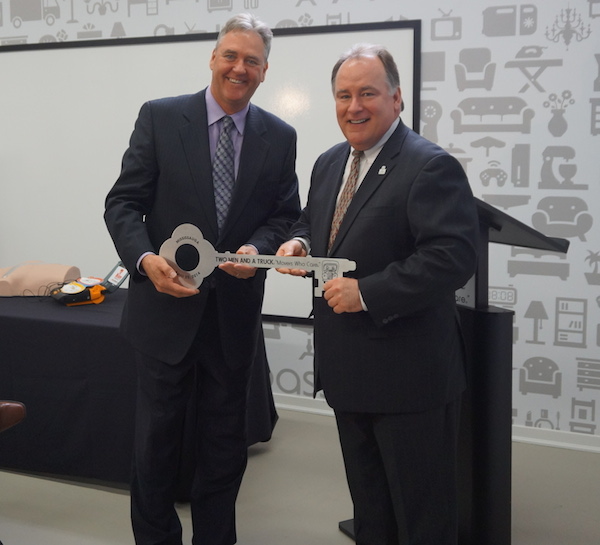 John Prittie, President of TWO MEN AND A TRUCK® Canada, shared his vision for the future of our company, explaining that “2014 will be an exciting year of expansion as we venture outside of Ontario and into the western provinces with franchises in Calgary, Edmonton, Vancouver and beyond.”

Prittie also spoke about our Core Values and our Mission, saying “Our Grandma Rule guides us: to treat every customer as you would treat your own Grandma.”

John Prittie presented Dan Hopkins with a key to the Mississauga franchise.

We were also excited to have a representative from The Mikey Network in attendance.

Dan Hopkins demonstrated how you would use of a MIKEY defibrillator to help someone suffering from sudden cardiac arrest. 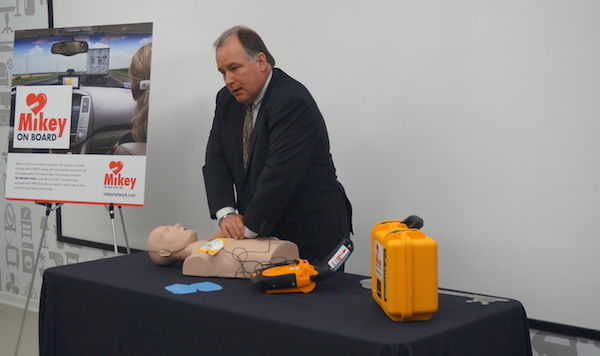 Esteemed guest Bonnie Crombie, Ward 5 Councillor for Mississauga was also on hand to share in this celebration.

To represent the city of Mississauga, Mayor Hazel McCallion came out to show her support. “What about one woman and a truck?” she joked.

All in all, it was a great event full of family, friends, colleagues and esteemed members of our Mississauga community. Thanks to everyone who helped make our grand opening such a success!