HALIFAX-DARTMOUTH, NS – May 8, 2016 – TWO MEN AND A TRUCK® Canada has officially opened its first Atlantic Canada franchise, serving Halifax and the province of Nova Scotia. 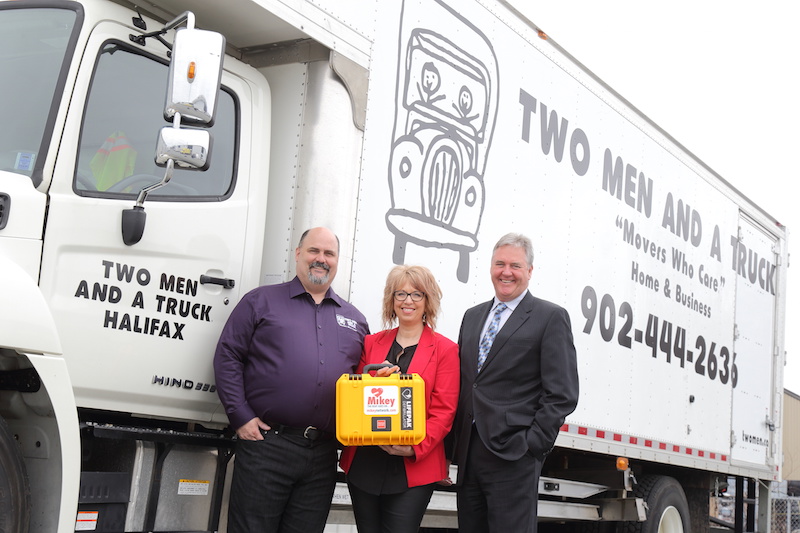 Owners Kevin and Susan Hayes and their staff will service the Greater Halifax market (Halifax, Dartmouth, Bedford, Sackville, Truro, The South Shore and the Annapolis Valley) from Burnside, a suburban industrial park.

“We are excited about this opportunity and our future,” Kevin Hayes said. “We have always wanted to own our own business, to control our own destiny and the TMT corporate strategy/values align with who we are and how we want to do things.”

Said TWO MEN AND A TRUCK® Canada President John Prittie, “We are delighted to welcome Kevin and Susan Hayes to our franchise family and know, with their established Nova Scotia roots, they’ll provide a much-needed resource for residential and commercial customers who may need movers who care.”