Every year, just before spring begins, TWO MEN AND A TRUCK® begins actively recruiting movers and drivers for the upcoming moving season. Each year we find that the number of movers and drivers needed by our locations only increases as we continue to grow and expand.

During last month’s Career Move Month, all TWO MEN AND A TRUCK® locations had a goal of hiring 1,500 new team members. Although we have had many applicants and hires during this time, our locations are still looking to hire team members.

When looking at recruits, we’re not only looking for just strong men and women but also, people who provide great customer service and embody our core values. These values are not only representative of our organization but also the benefits of working with TWO MEN AND A TRUCK®.

Benefits of working at TWO MEN AND A TRUCK® 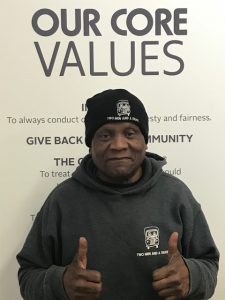 Steve enjoys working at TWO MEN AND A TRUCK® because the team feels like one big family. Steve also loves to see the smiles on our customer’s faces once a job is completed, it gives him such a big sense of satisfaction.

Malcom loves working for TWO MEN AND A TRUCK® because he gets a balanced work schedule. He also appreciates that management has created an atmosphere among the team that feels like one big family.

Kemar likes to work for TWO MEN AND A TRUCK® because he gets a big reward from seeing his customers happy after he’s completed a move for them. He also likes that no day is the same, and that every day is a different day in the moving business. 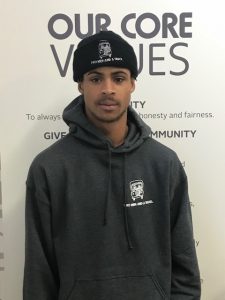 Joel says he loves to be part of a company that treats everyone equally. Everyone is a part of the team from the CSR’s, to the Movers, to the Managers; we’re all working towards a great end goal. He also said that it’s a bonus that he gets a workout while he’s working. 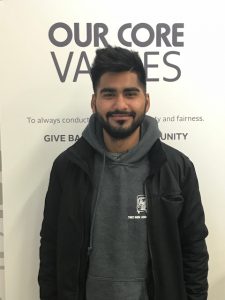 Anmol is very happy to be part of a team that not only gets the job done efficiently but also has fun while working. He loves how everyone comes together as a team to make sure all customers are happy.

If you’re interested in learning more about positions at TWO MEN AND A TRUCK®, check out our career site to find opportunities near you.