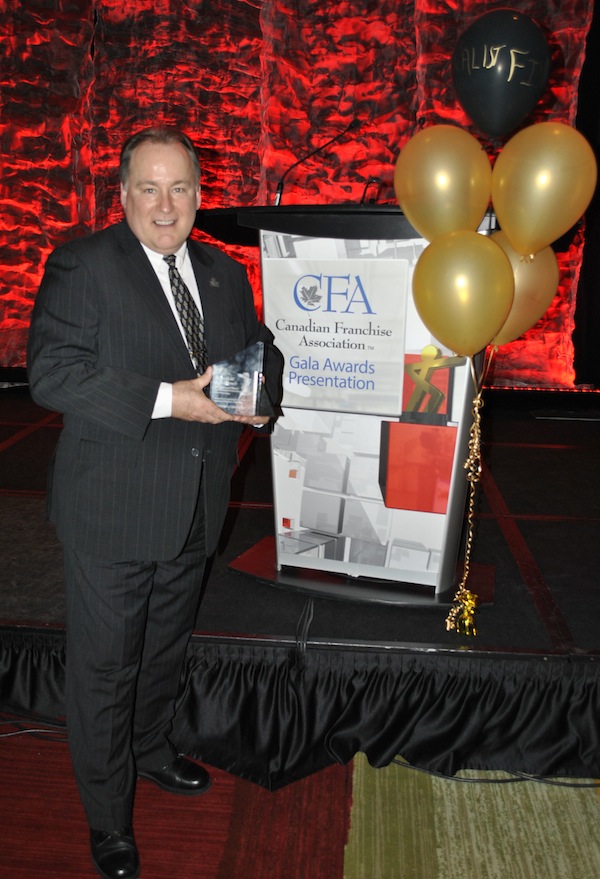 Last night,  our franchisees helped TWO MEN AND A TRUCK Canada win the 2013 Gold CFA Award of Excellence in Franchising.

The awards ceremony was held at the Canadian Franchise Association National Convention in Montreal, Quebec, and COO Dan Hopkins was there to accept the award.

According to the Canadian Franchise Association , “The CFA Awards of Excellence in Franchising is the pinnacle of franchise achievement in Canada and is the highest recognition a franchise system can receive from the CFA.”

“Because the awards are based on franchisee responses, it is a significant honour for a franchise system to be so highly regarded,”says Lorraine McLachlan, CFA President and Chief Executive Officer.

We’re so proud of our franchisees and the entire Two Men And A Truck team!